NOTE:  We Can Be Heroes Foundation was formally known as Turning Points in America

Veterans Honored for Military Service
Breakfast with Our Heroes

Veterans with the Clara White Mission joined other patriots to serve the breakfast.  The Atlantic Coast Young Marines escorted the heroes and provided invaluable assistance to all.  Donations were collected for homeless and in-need veterans. K9s for Warriors was an event sponsor. 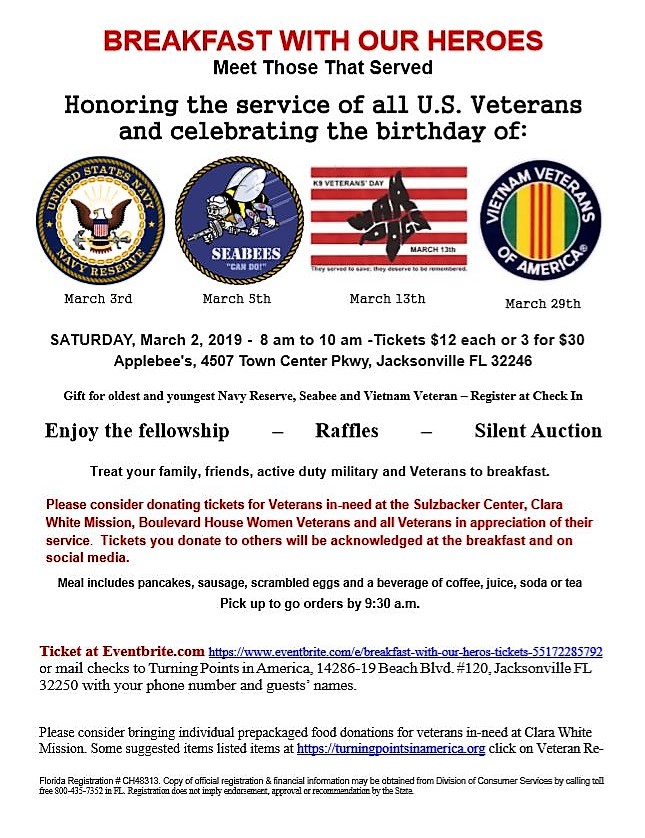