Medal of Honor Heroes – Click on Picture to View Stories 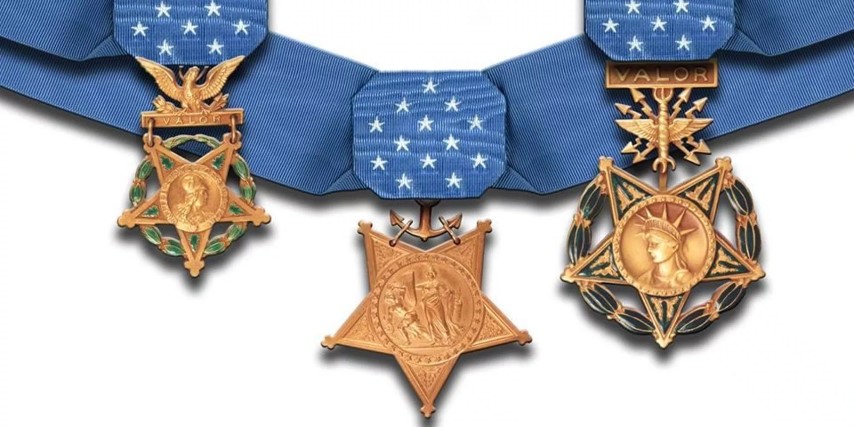 A gold star suspended from a pale blue neck ribbon dotted with thirteen white stars: the appearance of the Medal of Honor is highly recognizable. Since 1861, the Medal of Honor has been awarded to more than 3,000 members of the military. Bestowed by Congress, the award recognizes “valor in action against an enemy force.” Medal of Honor citations are peppered with terms like “gallantry” and “intrepidity,” and descriptions of action “above and beyond the call of duty.” Behind this language of heroism, though, are personal stories—many of which are part of the Veterans History Project.

These stories have been preserved thanks to the efforts of individual interviewers as well as the Congressional Medal of Honor Foundation, which has designated Veterans History Project as the official archival repository. This portal acts as the entry point to nearly 150 digitized collections of Medal of Honor recipients, spanning World War II to the most recent conflicts in Iraq and Afghanistan. Explore the collections by conflict, or dive into the full archive. Like the veterans, these collections go above and beyond, presenting the full story of each individual’s remarkable actions in war.