by WCBH Foundation | Heroes In Medicine 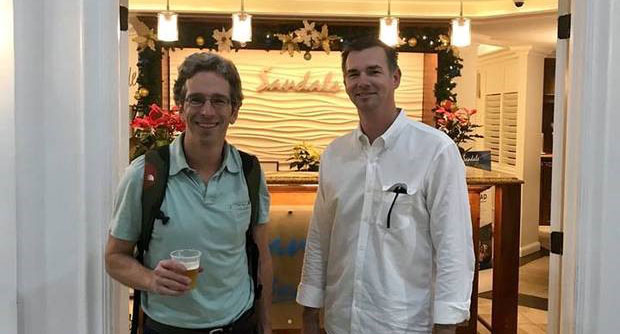 A normal flight to Jamaica turned into a life-saving endeavor after two anesthesiologists created a makeshift medical ventilator to save an elderly woman who had gone into respiratory arrest.

Matthew Stevenson and John Flanagan were on a JetBlu flight in January when the senior started having trouble breathing. A nurse who also happened to be aboard the plane tried to help the woman recover – but nothing would relieve the breathing distress.

When Stevenson saw what was going on, he flagged down Flanagan for help. They asked the flight crew if they had a hand-operated manual resuscitator on board to pump oxygen into her lungs.  The crew didn’t have the equipment needed though, and the emergency air masks in the ceiling aren’t designed for ventilation. So the doctors, who have a practice together in Jacksonville, were forced to improvise.

While Flanagan used rescue breathing to keep the woman alive, Stevenson went about gathering materials to make a ventilator, Flanagan told the Daily Mirror. Stevenson cut the tubing and air bag from the emergency masks in the ceiling and managed to connect it to an oxygen tank that was on board to create a ventilator. 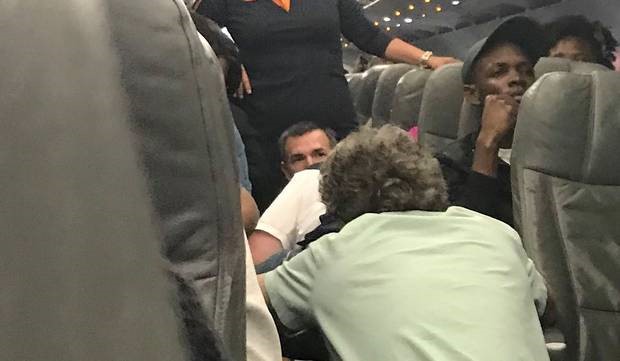 Anesthesiologists John Flanagan and Matthew Stevenson are seen giving life-saving intervention to an elderly woman who went into respiratory arrest on a plane last month.

They weren’t the only passengers who leapt into action, either – many of the people surrounding the doctors prayed and held onto the men in order to make sure they did not fall over during the emergency landing. 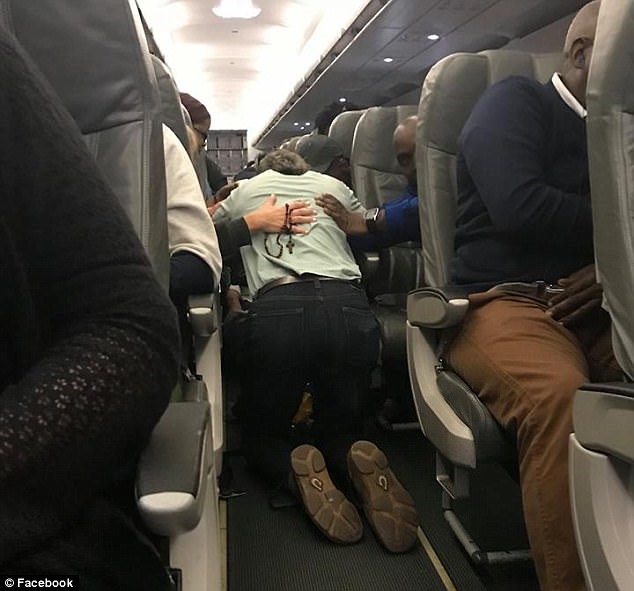 Other passengers leaned in to keep Stevenson and the elderly woman from sliding down the aisle of the plane as the plane diverted to make an emergency landing.

When medics rushed onto the plane to take over, the passengers gave a cheering round of applause to the two doctors.  Flanagan’s wife Xenia, who snapped some pictures of the ordeal, says that she felt honored to see her husband act so heroically.  “It was both amazing and terrifying at the same time to witness my husband and his friend do something they do everyday… save someone’s life,” Xenia wrote on Facebook. “It was beautiful to witness so many good Samaritans praying and holding them up during the entire ordeal. I’m so thankful God placed them there at the right time.  “I know I can speak for [Mrs.] Stevenson when I say how proud we are to be married to such great men,” she added. 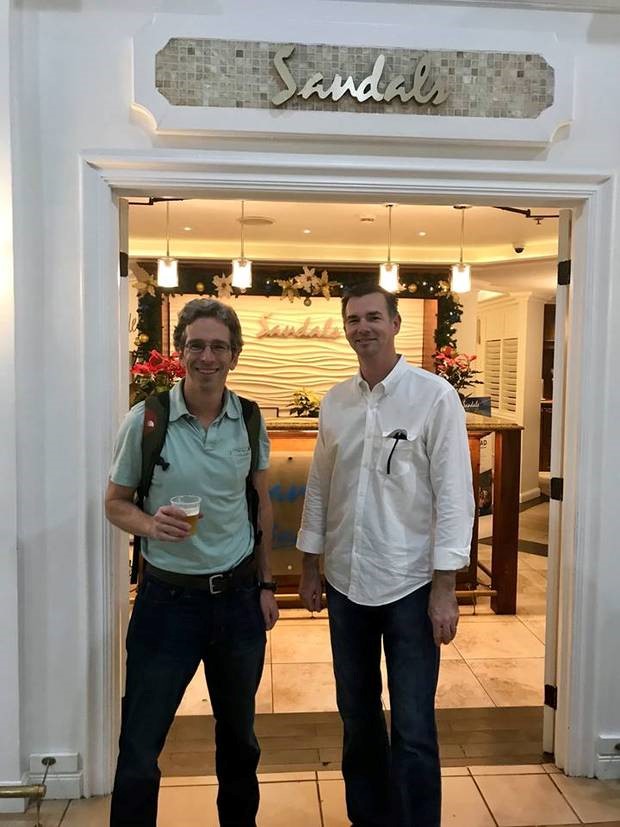 Stevenson (left) and Flanagan (right) did finally make it to Jamaica with their wives, where the two doctors posed with a celebratory drink after saving the passenger’s life.

Originally Published by:  Goodnewsnetwork.org and Dailymail.com  on 2.5.18