Joseph Diener, 16, and Dominic Viet, 15, were riding their bikes in Columbia, Missouri, when they heard a woman’s call for help in the floodwaters in Hinkson Creek. The 18-year-old young woman was wearing a bathing suit and was clinging on to a nearly submerged basketball hoop, according to the Columbia Fire Department Assistant Fire Chief Jerry Jenkins.

“We didn’t know if they were serious or not,” Joseph explained. “She said it twice before we got over there.”  “The person had entered the water to swim, to the best of our knowledge,” Jenkins said. “These two young boy scouts come by and heard the distress calls… for two 15- and 16-year-olds to react that way, it was very heroic.”  Dominic said the woman’s friends were nearby, and said she’d been in the water for about 30 minutes.

“I don’t think she could’ve lasted until [first responders] got there,” Joseph told the outlet. “We definitely paused, but then we decided it was the right thing to do.”  “I’m like, ‘I can’t leave somebody out there to struggle in the water while I’m sitting here and watching,  My friend Dom was like, ‘I’ll get in if she actually needs help,’ and I was like, ‘OK because I’m going in,’” Joseph said.There was a small group of people gathered near the woman already, Dominic said.

We were like, ‘We can swim, we’re trained for this,’” he said. “Then we were just like, ‘Let’s go.’ And then we just ran right in.”  The boys faced a slight current in about 6 to 7 feet of water, they eventually swam about 10 yards to the woman. She grabbed onto their shoulders so they could bring her to safety with help from other bystanders.She conscious and speaking, and was taken to University Hospital, where her condition is unknown.

“I was proud but concerned, and we had a long talk afterward about the dangers of floodwaters,” Joseph’s father Jeremy said. “It feels good to know he would think of others in that way.”  Morgan Dailey, the scoutmaster for the boys’ Troop 6, said that Joseph and Dominic may receive badges for their heroic efforts. “There’s a heavy emphasis on being prepared and especially being prepared for emergency situations,” he said. “And this clearly was an emergency situation where there was a young woman that was struggling in the water.” 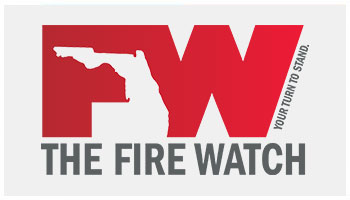 Congratulations to Jacksonville Sheriff Office Sergeant of the Year 2021 Marc Crawford. Sergeant Crawford will be recognized and honored at the August 21, 2021 We Can Be Heroes Foundation Heroes Gala, Dinner and Dance in Jacksonville, FL. The Heroes Gala is hosted by...

Congratulations to Jacksonville Sheriff Office Detective Ronald Brooks, 2021 Detective of the Year Honoree. Detective Brooks will be recognized and honored at the August 21, 2021 Heroes Gala, Dinner and Dance in Jacksonville, FL.  The Heroes Gala is hosted by the We...

Congratulations to Jacksonville Sheriff Office Corrections Officer of the Year 2021 Edwin Rivera. Detective Rivera  will be recognized and honored at the August 21, 2021 We Can Be Heroes Foundation Heroes Gala, Dinner and Dance in Jacksonville, FL.  The Heroes Gala is...